Our thoughts on week 2 of the greatest dance show on Ice. 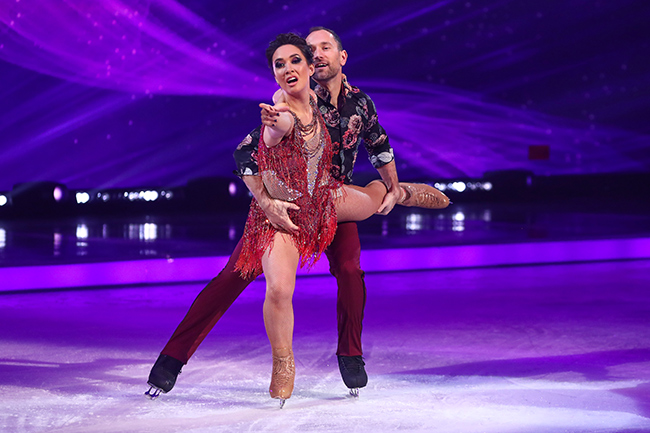 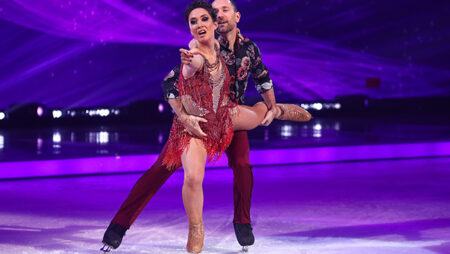 Our thoughts on week 2 of the greatest dance show on Ice.

Philip and Holly were joined again in week 2 by the judges Ashley, John, Jayne and Chris. With the second set of celebrities set to take to the ice, only a routine and viewer votes stood between them and escaping being in the skate off with Lady Leshurr.

First up was former medal winning Olympian, Colin Jackson CBE and Professional partner Klabera Komini who danced to ‘Tutti Fruitti’ by Little Richard. Colin gave a lively and energetic performance in a routine which Jayne Torvill described as ‘difficult’. Ashley Banjo noted that he would like to see Colin give more but, with a scores of 6.0 from Ashley and John and 6.5 from Jayne and Chris, Colin ended up with a respectable 25.0 and at the end of the night was joint 4th on the leaderboard.

Next to the Ice was reality TV star Billie Shepherd and her partner Mark Hanretty who danced to ‘Spice up your life’ by the Spice girls. Billie and Mark skated a routine which included a backwards somersault and various lifts, proving that they have developed a level of trust with each other during their hours of training. This time around Ashley and John awarded 6.5 points each and Jayne and Chris 6.0, equaling Colin Jackson’s score of 25.0 and making her joint 4th on the leaderboard at the end of the night.

Skier Graham Bell and his professional skate partner, Karina Manta were 3rd up to skate. In a nod to Grahams sporting past, they danced to the Ski Sunday theme tune ‘Pop Looks Bach’. In matching gold ski suits, Graham and Karina were hard to miss on the ice, but with some fast and impressive skating Graham made it clear he was there to compete. Ashley and John awarded him 6.0 a piece and Jayne and Chris 7.0 giving Graham an over all score of 26.0 and putting 3rd place on the Leaderboard. Graham’s skating is coming along nicely but next week he needs to work more on the dance element as reflected in the scores.

Capital Radio presenter Sonny Jay and partner Angela Egan appeared next on the show, dancing to a remix of ‘Hold me while you wait’ by Lewis Capaldi. Judging by the ease in which Sonny Jay lifted and twirled his partner, he had obviously been training hard not only on his skating but also his core strength. Sonny Jay delivered a really convincing skate and that was reflected in the judges scores. Ashley, Jayne and Chris all gave Sonny Jay 6.5 while John awarded the first 7.0 of the series leaving Sonny Jay 2nd on the leaderboard.

The penultimate dancers were Musician/model/presenter Myleene Klass and her skating partner Lukasz Różycki dancing to ‘Blinding Lights’ by The Weekend. Myleene had discussed her struggles, in her VT, before her routine and it seemed that the nerves got the better of her when it came to the actual performance. During the judging Ashley mentioned that she needed to let go of Lukasz more going forward to which Myleene responded ‘Are you crazy?’. Unsurprisingly when it came to awarding their scores all 4 judges scored a low 5.5 making Myleene bottom of the leaderboard.

Last to take to the ice was former Coronation Street actress Faye Brooks and her skating partner Hamish Gaman, who danced to ‘Lover’ by Taylor Swift one of my personal favourites! Faye took to the ice like it was week 4 and delivered the most confident, elegant, strong performance and she cemented herself as the clear bookies favourite to win. With Ashley awarding her 7.5 and John, Jayne and Chris all giving her 8.0 amounting to 31.5, Faye went straight to the top of the leaderboard and with her tearful, humble, demeanour our hearts too.

In the end, the skate off was between Lady Leshurr and Myleene Klass. With many forums continuing to express their surprise that Lady Leshurr was in the bottom 2 in the first place, it seemed that Myleene was the most likely to go even before they skated. Both women danced the nest they had so far but Lady Leshurr was far superior in the end, which was reflected in the judges comments and ultimate decision. Ashley, John and Chris all voted to keep Lady Leshurr with head judge Jayne Torvill confirming that would have been her decision too.