Our recap on last nights show 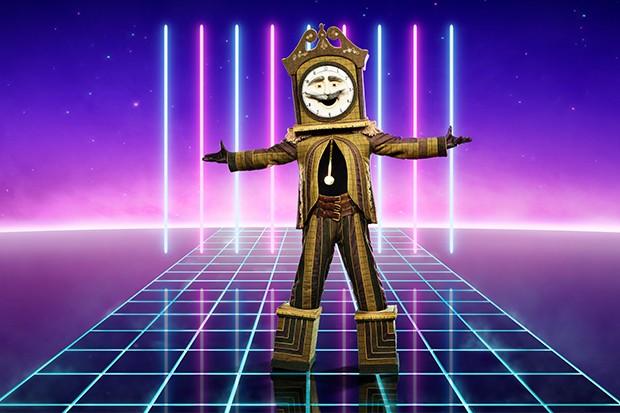 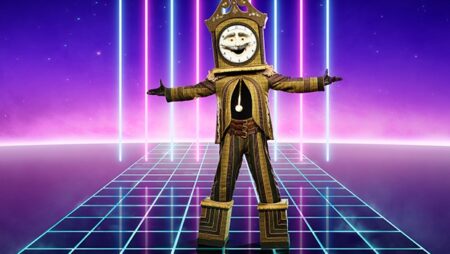 Glen Hoddle, former England manager, was revealed as Grandfather Clock following a tense sing-off against Viking on the Masked Singer.

The 63-year-old kept his identity hidden throughout his performance, as none of the panel (Jonathan Ross, Rita Ora, Davina McCall or Mo Gilligan) guessed it was him. However, the clue crew had guessed other footballing legends such as David Seaman, Gary Lineker and Peter Shilton.

Grandfather Clock’s clues led the panel to make footballing connections, particularly England v Argentina, 1986, as well as a reference to the ‘Hand of God’. His performance during the sing-off, Barry Manilow’s Can’t Smile Without You, was a reference to his former club Tottenham Hotspur.

Despite getting the clues, the panel didn’t clock who was hiding beneath the mask.

Although we said goodbye to Grandfather Clock, we’re still wondering who our other singing celebrities are.

Last night we heard from Harlequin, who made various references to be a writer. This led Davina to guess JK Rowling, but that was quickly laughed off by the panel. Jonathan guessed Duchess of York, Sarah Ferguson. At the same time, Rita and Mo were convinced that this celebrity was already a professional singer, opting for 90s pop star, Des’ree and X-Factor winner, Alexandra Burke.

Bush Baby continued to rattle the judges (is that a real Australian accent?) making puns about cooking and performing magic tricks. Jonathan guessed Mary Berry which got a big laugh from the studio audience, while Davina is sure it’s Matt Lucas hiding under the cuddly suit.

Our favourite costume of the night has to be Blob. Davina is convinced that Inbetweeners star Greg Davies is the mysterious creature with clues about teaching and academia. Rita guessed Frank Skinner, and Mo is sure Blob is Nile Rodgers. We think it might be Lenny Henry, and a lot of Twitter fans think so too!

In the end, it was Viking who faced-off against Grandfather Clock, winning the battle for another week. His clue video showed him smashing a vinyl record, leading the judges to guess Lance Armstrong and Rick Astley (both rule-breakers and record breakers).

Next week all eight remaining celebrities will sing, and we can’t wait.

So far on the Masked Singer, we’ve said goodbye to Alien, Seahorse and Swan. Last week, Martine McCutcheon was revealed as the Swan, with Jonathan correcting guessing her identity after clues hinted to her roles in Love Actually and Eastenders.

Seahorse was the second celebrity to be revealed, and it was Spice Girl, Mel B hiding under that fabulous mask.

The first star to be unmasked in this series, was Murder On The Dancefloor singer, Sophie Ellis-Bextor, who was exposed during the show’s premiere on Boxing Day.

—- The Masked Singer airs on ITV every Saturday Night #TheMaskedSingerUK