This week on The Masked Singer, we said goodbye to Bush Baby. 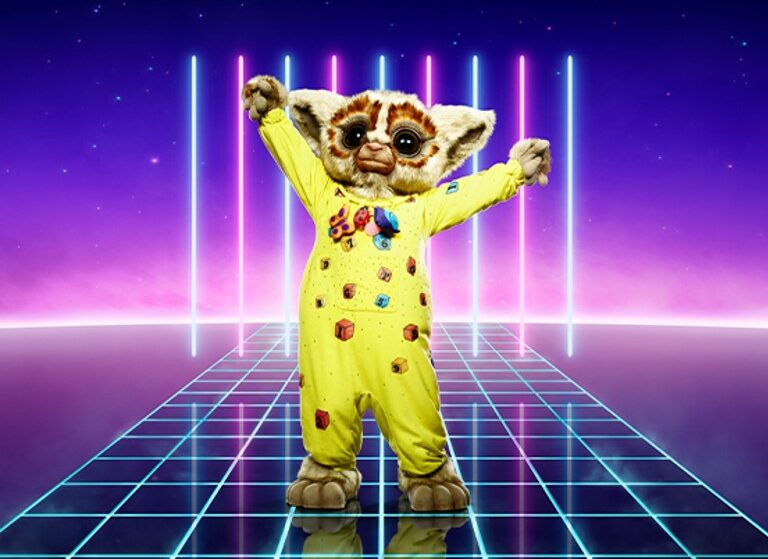 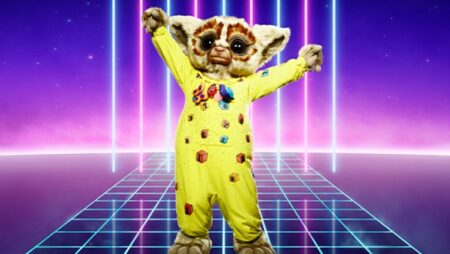 The show that keeps us guessing unveiled another singing celebrity during an action-packed show on Saturday night.

This week on The Masked Singer, we said goodbye to Bush Baby who was revealed as comedian and actor, John Thomson. With clues that hinted to his role on Cold Feet and his stint on Celebrity Masterchef, as well as a performance of Please Release Me, the theme song to the award-winning comedy, The Fast Show, the panel (Jonathan Ross, Rita Ora, Davina McCall and Mo Gilligan) failed to guess correctly for the second week in a row.

However, our judges weren’t convinced by Bush Baby’s Australian accent, guessing that chef Jamie Oliver or actor Joe Swash was hiding beneath all that fur.

Although we’re sad to say farewell to our cuddly cutie, the mystery of the rest of our masked celebrities remains…

This week, we were treated to performances from all eight signing celebs. First up was Blob, with more school-themed clues. Quoting ‘If you don’t stand for something, you’ll fall for nothing’, lead the panel to think that our slimy celebrity is either outspoken or a stand-up comedian… or both! Davina stuck with her original guess of 6ft 8, Greg Davies, while Mo guessed celebrity chef Ainsley Harriot. Jonathan put the names Matt and Lucas (shown during the clues video) together and guessed Little Britain star, David Walliams. One thing’s for sure… this Blob’s got talent!

Hamming it up this week, Sausage revealed that it’s not the first time they’ve hidden their face while working.

With a funky rendition of All Around The World, the panel is convinced that this sizzler is a professional singer, guessing Gloria Estefan, Sia, and Celine Dion.

Next up was Viking, who hinted that billions of people know who they are. With wild guesses from the panel – Fun House’s Pat Sharp, singer Ben Adams and Game of Thrones star, Jerome Flynn, we’re left scratching our beards.

With clues hinting to their big, creative family, Badger dedicated his performance of Kelly Clarkson’s Because Of You to some special little badgers out there. Rita stuck with her guess of Jamiroquai from last week while Davina maintained that Tom Hardy is hiding underneath the façade.

Dragon gave a smoking performance of All By Myself while Rita surmised that this person isn’t used to being on their own must be part of a duo. Guessing Jennifer Saunders, Rita remembered that she played the fairy godmother in Shrek, while Davina and Mo guessed that Dragon could be a drag act (get it?) guessing Julian Clary and Ru Paul.

Harlequin is still managing to fool the judges! With a fabulous performance of Tracey Chapman’s Fast Car, Rita stuck to her guess of Des’ree while Mo guessed comedian Catherine Tate.

Rounding off the night, Robin hinted that we’ll need the luck of the Irish to guess correctly! Could Davina be right? Is it Nicky Byrne from Westlife? All will be revealed when the mask comes off!

Last week, Grandfather Clock was revealed to be Glen Hoddle, former England manager. Despite having a hunch that there was a footballing legend hiding behind the mask, none of the panel guessed correctly.

Former Eastender Martin McCutcheon was the third celebrity to be unveiled as Swan after Jonathan predicted it was the soap star. Spice Girl Mel B was unmasked during week two, and singer Sophie Ellis-Bextor was the first to leave the show during the Boxing Day premiere.

The Masked Singer continues on every Saturday Night on ITV.