This week, we waved goodbye to Viking and Blob – two of our favourites. 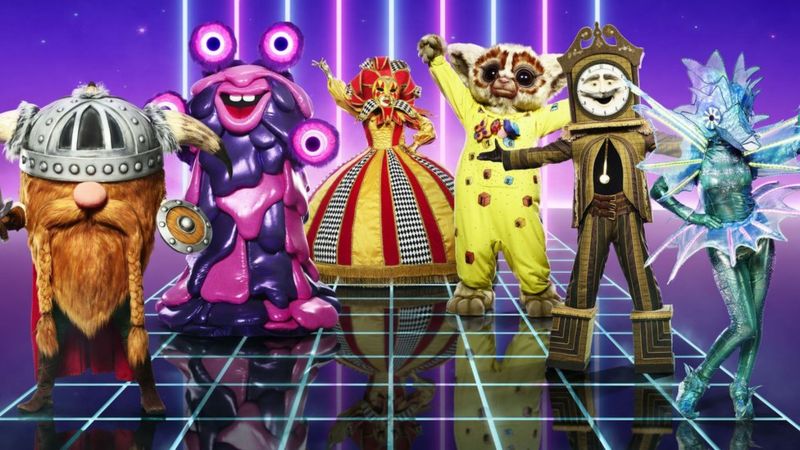 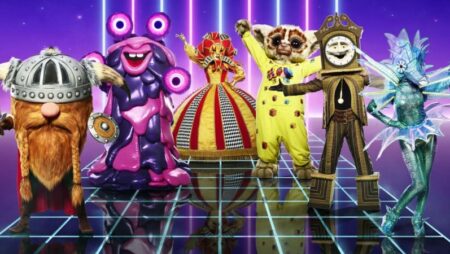 The biggest cover-up in showbiz continued this week, as not one, but two singing celebrities were revealed in the Masked Singer. Our Masked Singers opened the show with a rendition of The Ting Tings That’s Not My Name, as host Joel Dommett revealed that two celebrities would be unmasked. This week, we waved goodbye to Viking and Blob –  two of our favourites.

Viking was unmasked first, having received the lowest votes from the studio audience. Hiding under the beard was A-ha singer, Morten Harket, who double-bluffed us earlier in the series when he sang one of his own songs. Our celebrity judges failed to guess Viking’s identity, despite clues that hinted to A-ha’s one billion views on YouTube. Jonathan Ross, Rita Ora, Davina McCall and Mo Gilligan were joined by special guest, comedian Alan Carr (at least that rules him out as one of our singers!). Still, even with the extra help, they were unable to identify our bearded singer. Viking had us fooled – as we were convinced the clues of talking on the phone and saying ‘gotcha’ were in reference to Deal or No Deal presenter Noel Edmonds.

Next to be revealed was Blob, after the panel opted to save Dragon for another week. As Davina rightly guessed, it was comedian and actor, Lenny Henry who was hiding in the slimy suit. With clues hinting to his Shakespearian performances on stage, and his TV roles in Chef and Tiswas and his charity work with Comic Relief, of course, it was Lenny Henry under there! Speaking after the grand reveal, Henry told the panel he’s really enjoyed his experience saying, “It’s been a joy to be here.”

As we countdown to the grand finale, five celebrities remain… but who are they?

Dragon was up first this week, complimenting the panel on their ‘flaming good guesses’ to the tune of Food Glorious Food from the hit musical, Oliver!. Dragon revealed that they love to learn, and with the mention of ‘devouring books’ may be an avid reader, at least we hope Dragon isn’t literally eating books! Dragon also said they would take a book on a desert island, perhaps a reference to BBC Radio 4’s long-running show Desert Island Discs? Could it be host Kirsty Young under there or one of her marooned guests? With plenty of Food Glorious Food for thought, Davina picked up from the VT that the singer under the mask has a dragon tattoo on their shoulder (perhaps a nod to the novel by Swedish writer Steig Larsson?). With the appearance of a whoopie cushion, Davina offered the thought that Whoopi Goldberg may be the hidden under the horns? However, that could be a lot of hot air!

Up next was Harlequin, who noted in their VT that they began their career in a man’s suit. Sharing that they’ve also rubbed shoulders with dignitaries and world leaders, they hinted to meeting a member of the royal family. With a beautiful performance of Harry Styles’ “Falling”, the panel had some wild guesses. Rita has guessed Des’ree for a few weeks and stuck to her guns this week. Davina thought it could be Emeli Sandé, who has been awarded an MBE, while Jonathan Ross speculated that Zara Tindall might be our colourful jester. For now, Harlequin will continue to make clowns of the panel.

Robin still continues to elude the judges, as clues hinted to our tweety bird having been in either a famous boyband or dance-troupe Diversity. In the VT, Robin confessed that they don’t naturally stand out from other birds and that they weren’t always the confident bird we see today. Singing a stunning version of Ne-Yo’s Closer, the panel is convinced that Robin is a professional singer. Alan guessed Queen frontman Adam Lambert, while Jonathan Ross took the diversity clue literally, thinking it could be dancer, Perri Kiely.

As we all know Badgers live in sets, but our hidden celebrity hinted that they’re used to be on them. Is Badger a famous film star? In the VT, we saw them googling good luck charms while reading a book about coding. Mo thought the cryptic clues were a hint towards Krypton Factor presenter Ben Shephard. Sticking with Queen inspired guesses, Alan Carr guessed actor Rami Malek, and Rita stuck to last week’s guess, Jamiroquai.

With a sizzling performance of I Will Survive, Sausage told us they love to travel, but it doesn’t always have to be in style – they’re happy to sleep anywhere.  Saying that travelling keeps them young at heart, our panel guessed strong females, Stacey Dooley, Stacey Solomon, Sheridan Smith, Pixie Lott and Adele! All will be revealed when the mask finally comes off.

The Masked Singer continues every Saturday Night on ITV.